On this day of Restorative Justice Week 2021 we would like to share how RJN was involved in a European research project for two years, which comes to an end this month.

i-RESTORE talks about how child victims can restore after harm done by criminal behaviour.

It is a EU funded project which was coordinated by Terre des hommes Foundation Lausanne Hungary in which Restorative Justice Nederland contributed together with the European Forum for Restorative Justice with partners in Albania, Greece and Romania.

What this project entails and delivered was best shared by the young people who joined the Child Advisory Boards in the three countries in the project.

The research reviews showed challenges which varied per country, but some of the joint features were:
• many systems faced complexities due to a lack of awareness among professionals;
• ongoing changes of judges impacted continuity;
• inadequate legislation when compared to more ideal international norms that exist;
• a lack of cooperation among key stakeholders;
• the general belief that criminal justice still prevails;
• data collection is often lacking;
• lack of relevant training on child victims and restorative justice;
• lack of involvement of young people.

That is why we focused on developing and giving trainings in the countries involved which were adapted to local situations and given by local trainers. And that is why young people got an important role in the work.

We also created an e-learning tool for professionals in Europe and beyond which is accessibly for free: 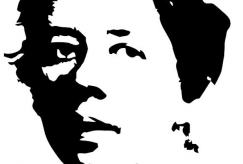